Nature in the eastern part of Rausu, Menashi-gun

Shiretoko is derived from the Ainu word "sir etok".

The meaning is "the place where the earth sticks out." The Menashi in Menashi-gun means"east".

The protrusion of land to the east, the Shiretoko Peninsula at the north-eastern most tip of Japan stands as the heritage of the sea and the land. 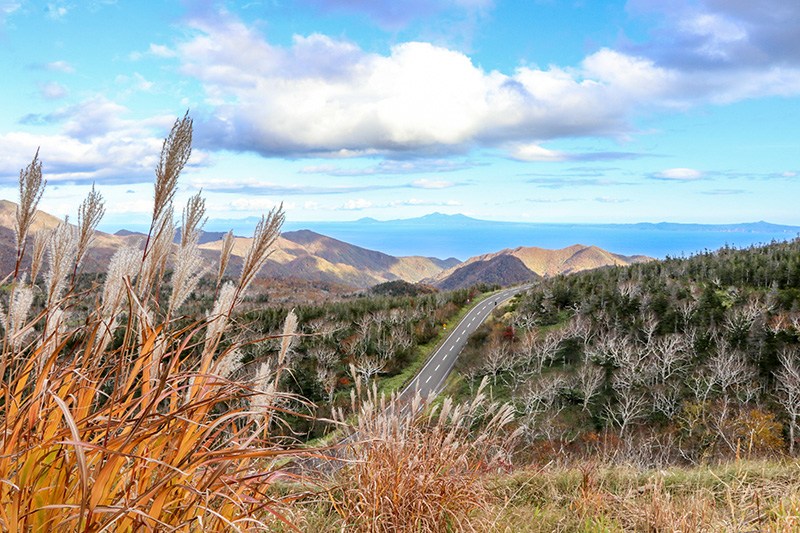 The Shiretoko-hanto Peninsula was originally formed by a submarine volcano, and the volcanic activities of the Shiretoko Mountain Range, including Mt. Rausu-dake. All of which formed the peninsula as if it were jutting from the sea. Over time, the drift ice eroded the earth steepening the terrain.

On this bold peninsula with few flatlands, diverse lives are born and live interconnected lifestyles. Their key is the surrounding sea. The messenger of winter; drift ice, closes the sea, but it also brings plankton to the sea of Shiretoko, and providing plenty of nutrition to the area. The salmon that grow in the sea return to the rivers, feeding the terrestrial creatures. Terrestrial organisms become the nutrients of the earth, and water containing land minerals becomes rivers and waterfalls, and returns to the sea.

This environment of symbiosis between the sea, rivers and forests has been credited as the habitat of many diverse creatures including endangered species. In July 2005, Shiretoko was registered as a World Natural Heritage Site.

Rausu is an Ainu word originally Raushi, a name given to the bones of a beast

This name makes you imagine a life that has been associated with wild animals since ancient times.
Although the Shiretoko-hanto Peninsula is lined with cliffs, a comparatively gentle coastline can be seen on the eastern side of the Peninsula as there were few natural harbours for the heavy drift ice. A number of kelp fishing lodges are scattered all the way up to the cape, where the Ezo brown bear appears. The Ezo brown bear is named Kimun Kamui, after a mountain god that lives only in Hokkaido. Even the steep terrain of Shiretoko is not a problem for the bears. The bears roam from the coast to the high mountains in search of grass and nuts, as well as trout in autumn. On the coast, brown bears can even end up feasting on beached whales. The Ezo red fox comes for the leftovers from the brown bear. The Steller ’s sea eagle and white-tailed eagle spread their large wings in the sky and wait in nearby trees for an opportune time to steal leftovers. All the while, a Kite bravely approaches but the prize is quickly stolen by a crow. In the distant bamboo bush, some deer are peeping.

The Shiretoko-hanto Peninsula, where this wild drama is unfolding has many animals living in a diverse environment. There are 36 species of mammals on land, 22 marine species, and 285 species of birds. Endangered species such as the Blakiston’s fish owl, the white-tailed eagle and the black woodpecker all dwell here. This globally valuable region is a wintering site for the Steller's sea eagle.

Vegetation varies widely in Shiretoko, where different environments are adjacent to each other. There is a short distance from the coast to grasslands, with low mountains and high mountains. There are many alpine plants, and rare species such as the endemic Shiretoko Sumire (Shiretoko violet) can survive here.

Shiretoko couldn't be the birthplace of so many creatures without the connection of sea, river and forest. Even today, many creatures can live in unspoilt wild nature. 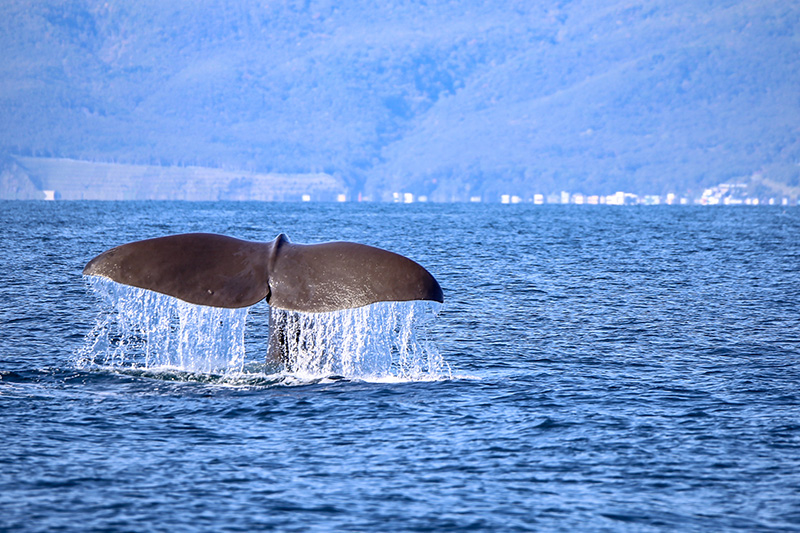 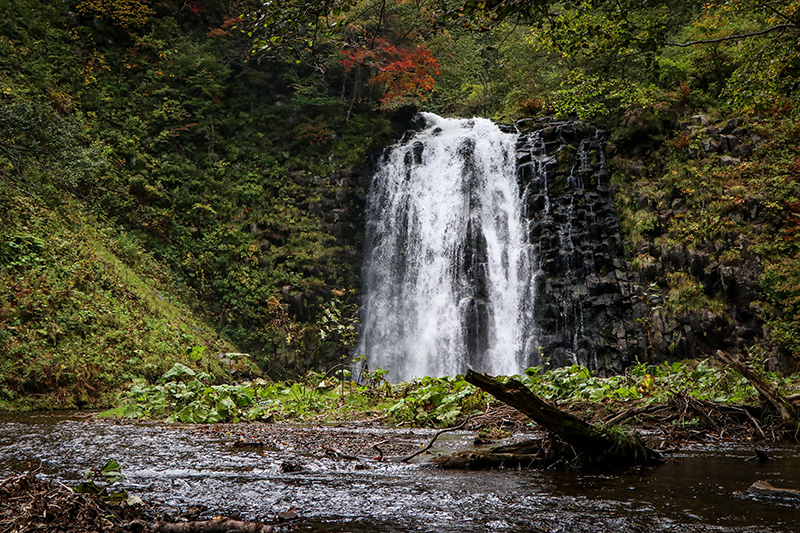 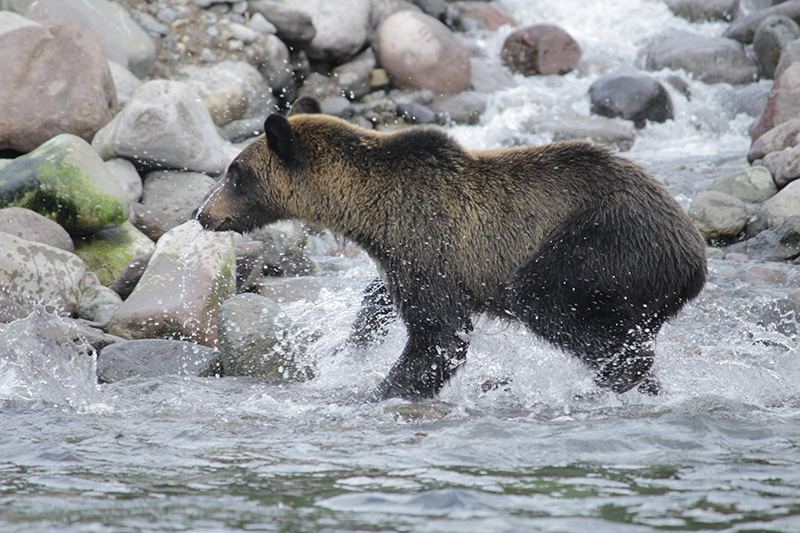 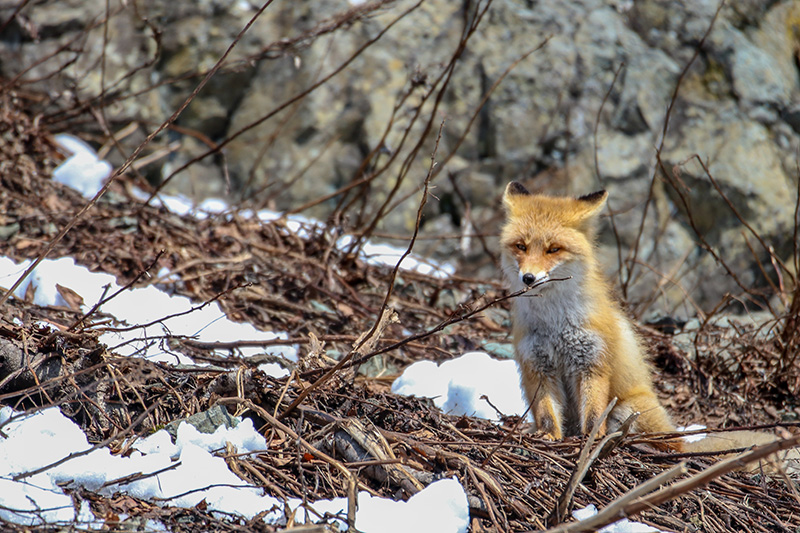 In the town next to wild animals

A fisherman preparing his fishing gear near a lodge. Families of brown bears walk on the coast a little distance away, but neither fishermen nor brown bears come close, peacefully coexisting. A tragedy for the brown bears, triggered through feeding on food litter, has resulting with bears becoming too familiar with people, leading to their unnecessary capture. When you visit Shiretoko, you will hear many stories that will make you think about the true distance between your life and the life of a brown bear.

In Shiretoko, it is common for the lifestyle of people to overlap with wild animals. So everyone knows how to behave, especially when taking a walk in the local environment. With the right knowledge, you don't have to be worried.

Please check the information that’s available and take the lectures available at each center to get to know the real nature of Shiretoko. Then the journey to this World Natural Heritage Site will be even more fun and inspiring.